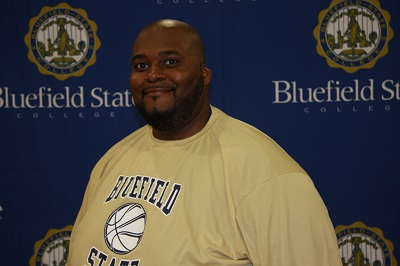 Prior to his appointment with the Lady Blues, Oliver spent 3 years with the Saint Augustine's College Women's Basketball program where he served as assistant coach and recruiting coordinator. He was also responsible for overseeing community service, scouting, developing post players, academic enhancement, and serving as an assistant football coach.

In his first year (2007-08) with the Lady Falcons he played a major role in turning around a 6-21 team to a 18-10 season. This was the 4th biggest turnaround in all NCAA divisions. Oliver went on to be a part of 15-13 and 18-10 Lady Falcon's teams from 2008-10. During this period the Lady Falcons were named CIAA academic award winners twice and regular season champions once. During his 3 years at St. Augustine's College, Oliver recruited 5 players who were named to the CIAA-All-Rookie Team, 3 Rookies of the Year, and 1 Player of the Year. He also had 4 position players named to the All-CIAA Team.
Oliver also spent 4 years as an assistant at his alma mater Alabama State University where he helped the Hornets advance to win a Conference Title in 2003-04. While at Alabama State University he was part of the most successful time period in Lady Hornets hoops history. During his period he recruited and coached many All-Conference Team members as well as Player of the Year and Kodak All-American Crystal Kitt.

Before becoming a collegiate coach, Oliver was the Head Girls' Basketball Coach at Greenville High School in Greenville, AL for 1 year. While at Greenville, Oliver led the program to a 21-4 record and the regular season and tournament area championships. This still stands as the best record in school history.

Coach "O" is the son of legendary Men's Basketball Coach James V. Oliver Sr. Following in his father's footsteps he continues the legacy of excellence. He is very proud to say that both the arena and arena floor are named in honor of his father at Alabama State University. He hopes to continue his run of success. Oliver has the distinct please of saying that he has won a championship every coaching stop he had made.

He holds a Bachelor of Science degree in health education from Alabama State University and a Master of Education degree from Alabama State University. He also holds a Master of Sports Science in Sports Administration at the United States Sports Academy, where he is currently seeking his doctoral degree. The Montgomery, AL native and his wife, Shannon Oliver, have 2 daughters and 2 sons, Amari (19), Jo-Jo (10), Jaden (9), and Joi (4). 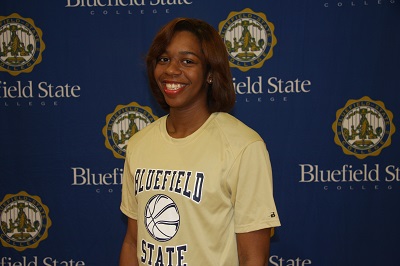 LeKiesha White will join the Bluefield State College Women's Basketball program for her 2nd  year as an assistant coach.Coach White joined the Lady Blues in the fall of 2012 and helped  continue the trend of turning the Lady Blues program around.  The Lady Blues finished with the best overall record that they have had in 17 years.  Coach White has the task of coaching the Lady Blues' guards and also as the  coordinator of the academic enhancement program within the Lady Blues' program

Prior to coming to BSC, Coach White was an assistant with  the Virginia Union Lady Panthers where they improved dramatically to win the C.I.,A.A. Northern Division championship. This was a season which helped turn the program back into its traditional winning tradition. Along with turning the season around Coach White also had the privilege of coaching the rookie or year, a member on the all –rookie team, and a member on the all-conference team.

She is a 2011 graduate of Saint Augustine's College where she received a Bachelors of Science Degree in Biology. She enjoyed a successful four year career  playing for Coach Oliver as a Lady Falcon.  Coach White was a highly decorated student-athlete as evident by her yearly ALL-CIAA honors, 1000 plus point career, and other accolades. Not only was she a successful student-athlete LeKiesha was also involved heavily with other activities. She is a member of Beta Kappa Chi Honor Society, Delta Sigma Theta Sorority Inc., a Spring/Fall Bridge Tutor and a St. Augustine's College "Bluechip" Cheerleader.

She looks forward to a successful season and continuing the resurgence of the Lady Blues. Coach Oliver notes that "Kiesha's infectious energy and knowledge of the game will benefit us greatly, she knows my system and what it takes to be successful at this level."

She also plans to focus heavily on attention to details, defense, and helping the Lady Blues to understand that this is anybody's game "It's a Game of Heart."

Go to Top of Page    |    Thank you – and if you have any questions please contact the coordinator shown on each event's information page.
Copyright © 1993-2021 Ready, Set -- REGISTER